Now may be the time to visit the UK...or maybe not. 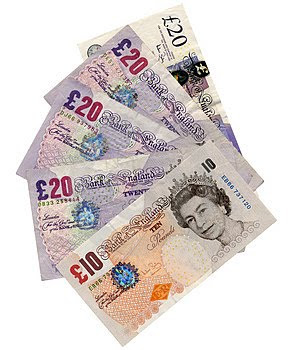 If you’ve been putting off that trip to the United Kingdom or Great Britain or whatever you want to call that place where they talk that funny sort of English, now may be the time to go. As an aside have you noticed that the Kingdom, which is actually ruled by a Queen is hardly united, nor is it as great as it once was? I digress.

Instead of taking money from unsuspecting tourists and locals, 20 former pickpockets have been slipping 5 to 20 pound notes into people’s pockets or handbags for the past month in London. The “put-pocket” initiative, which is now apparently being rolled out country wide, and is being funded by Internet provider, TalkTalk. A clever marketing stunt, me thinks.

Fortunately, in all of my travels, I have never been pickpocketed. My camera was stolen at a Venice youth hostel (the miscreant didn’t even have the courtesy to leave the film behind), and someone tried to open my backpack while on a busy street in Costa Rica, but Carrie wrestled the guy to the ground and punched him in the nose.

What you may not know is that the biggest pickpocket is actually the British government. Compare the taxes and fees paid on flights to London and other European cities and you’ll see why you’re being fleeced. What's almost as bad is that most airline booking sites just display the total taxes and fees, so you have no idea who's ripping you off. But believe me, the UK government is getting a fistful of your Dollars or Euros, or Dinars.

Alistair Darling, Britain's Chancellor of the Exchequer, must put his feet up each evening at 11 Downing Street, counting his dosh, because London's Heathrow is the world's busiest airport in terms of international passengers, with more than 69 million passing through each year.
Posted by Ken Donohue at 7:32 AM No comments: