If you don't know me...better to just call me Mister 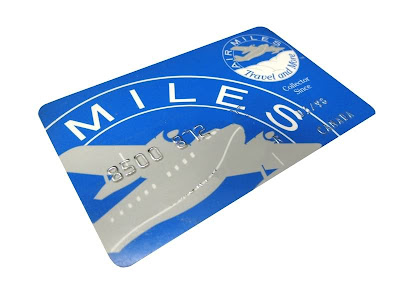 I don't expect a lot from the cashiers at the supermarket. I'm not fussy about how they bag the groceries, as long as they don't squish the bread (in fact fewer bags the better). I don't care that they have to look up the PLU code for parsnips, parsley, or persimmons. And I surely don't expect them to know my name. So why then do some supermarkets insist on the cashiers thanking customers by name when they don't even know them. It's torturous for the poor clerk who struggles with the proper pronunciation, and it's torturous for the person who has to listen to their name being butchered.

The other day I was at Safeway, and Gus (who had a button on his shirt that said something like, "take pity on me, I'm new) was doing a good job. The line was moving well, scanner was beeping, groceries were being bagged, money was exchanged. Everyone was happy. Then Gus remembers line 15 of the training manual that says he has to thank the customers by name. So, he stares at the loyalty card of the guy in front of me, and after a moment stammers out a name that sounds like a mix of German and Chinese. Realizing that he probably didn't get it right, Gus tries again. This time the name sounds like a cross between Hungarian and Nepalese. The customer smiled and said, "Not really, but thanks."

When I handed Gus my card, he looked at it, and realized he probably shouldn't have skipped his phonetics class. He then offered up..."Mr. Don?" Not quite, but at least he went back to scanning my groceries. Then when he returned my change and card, he just called me, "mister". Which at the end of the day is just easier. Same thing happened yesterday with another Safeway clerk. This time I was called "Mr. Dono".

No, the name is DONOHUE (which in Irish means handsome, intelligent, and charming).
To further illustrate how ridiculous this practice is, a few years ago I was at a store and the clerk looked at my Air Miles card and said, "thank you Mr. Williams." She looked blankly at me when I said, "not really!" What she didn't know, and why should she, was that the card I had was tied to my wife's account, which still had her maiden name on it.
Customers don't expect random clerks in random stores to know their names, so let's just dispense with the nonsense. Better for the customer and better for the poor clerks. A simple, thank you, is all I need.
Posted by Ken Donohue at 9:15 PM 3 comments: