So, the other day I noticed a gray hair in my amazon-like forest of chest hair. Isn't it a bit early. I mean I'm not quite 40 yet. Then my wife kindly told me I had another three, or four, or five...I told her to stop counting...on my back.

"You know, if it was all gray, it wouldn't look like you have any hair on your body!"

Great, the kind of support one can count on from one's spouse. Do they sell gray dye at the 24 hour pharmacy? Probably not.

This got me wondering, why does our hair turn gray? My parents used to blame it on the stress I caused them as a child. Apparently, that's a load of bunk. Here's the follicle on my unscientific research.

Hair follicles contain pigment cells, which in turn produce a chemical called melanin. This gives the growing shaft its colour. When the pigment cells die, the hair turns gray. I did learn that it may take more than 10 years for all the hair to turn gray.

Yes, there was a time when my head didn't look like a clear cut: 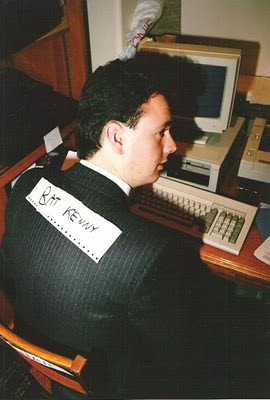 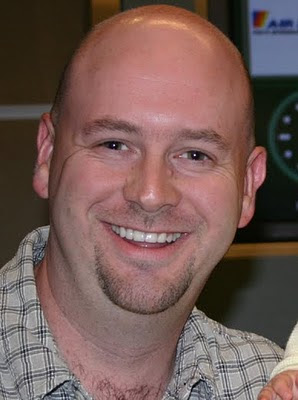 My article on West Coast Air is being published in the March issue of Airways magazine. Included in this article is a report on a fantastic flight from Victoria to Whistler. You can view the article by using the zoom (+) button, and the scroll bars, or you have an option of downloading the article.

The great places the news will never tell you about

If it weren’t for an episode of Friends, many people would never have heard of Yemen. As it is, most know little of this Middle Eastern country, or could even locate it on a map. Yemen, with a history that spans thousands of years sits on the southern side of the Arabian Peninsula. Saudi Arabia borders the country to the north.

Apparently, the ancient Romans called the area Arabia Felix, Happy Arabia. But there is little to be happy about in Yemen these days. It is the poorest country in the Arab world; burdened by an unemployment rate of 40% (183rd in the world), and oil reserves that are expected to be depleted in 2017. And while the government has attempted to improve economic conditions and reduce illiteracy, Yemen has come in the news recently for largely negative reasons. The government has been fighting a civil war with religious rebels, and parts of the country are purported to support terrorist training camps.

I mention Yemen because despite the negative attention that the country has received, there are some historical treasures that are worthy of knowing about. In fact, a few years back I was interested in writing about Yemenia, the county’s national airline, but the folks there were inept; hence I was unable to arrange a visit (this ineptitude is not exclusive to Yemenia, similar useless public relations people can also be found at AVIANCA, Aer Lingus, TransAero, and a host of other airlines, I digress).

We often see a country through the lens of a television camera, or the tip of a pen (do writers still write?), and usually what we see is the negative, so if you have actually heard about Yemen in the news recently, they probably didn't show you the old walled city of Shibam. Dating to the 16th Century, the city is known as the Manhattan of the Desert, because of its ancient mud brick skyscrapers. Below are a few photos of Shibam and Sana'a, courtesy of http://www.traveladventures.com/ 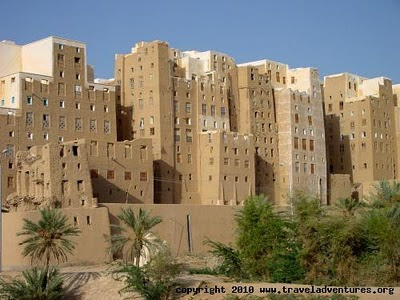 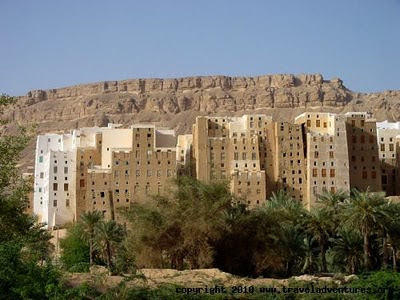 The news probably didn't share with you the old city of Sana’a, where 103 mosques, 14 traditional bath houses and more than 6,000 houses dating back a thousand years still stand.

Sometimes we need to get beyond the trouble and negative stories to see the jewels that exist in this world. 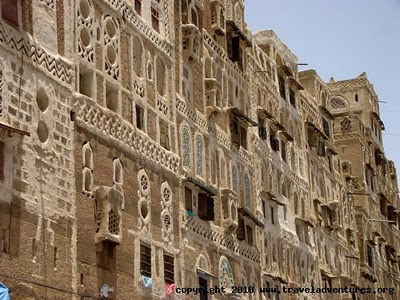 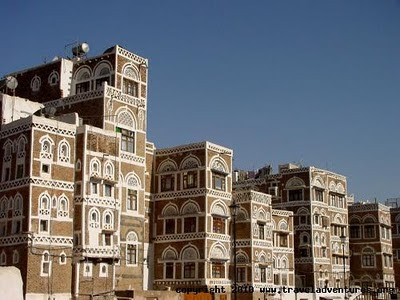 Posted by Ken Donohue at 4:04 PM No comments:

Bigger is not always better (unless we're talking about buildings) 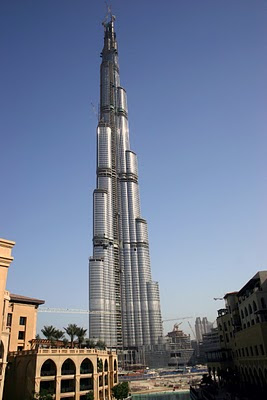 I usually eschew the bigger is better notion (I’m not sure what they are compensating for, but the drivers of Hummers and Escalades, and their ostentatious ilk, aren’t cool), except when it comes to buildings, and then BIGGER IS BETTER. The granddaddy of those buildings, the Burj Dubai, or Burj Khalifa as it is now named, was officially opened yesterday. Almost two years ago, I had the pleasure of seeing the Burj, which in Arabic means tower, while still under construction.

I arrived in Dubai in the late evening, and jumped in a taxi, glad to be shielded from the simmering heat. As the car neared my hotel, I could see this dark, monster-like building piercing the night sky. It looked foreboding and eerie. An army of construction workers, most plucked from Pakistan, India, and Bangladesh, scurried about like ants building up the colony for the Queen, or in this case, Sheik Mohammed bin Rashid Al Maktoum, the current ruler of Dubai, one of the States that make up the United Arab Emirates.

I was staying at The Palace The Old Town (though a bit of a misnomer, because there is very little that is old in Dubai), and much to my delight when I awoke in the morning, I could see the Burj Dubai, rising majestically next to the hotel. Still in its unfinished state, the Burj had already surpassed the world’s next tallest building, Taipei 101. In fact, at this time, the tower’s final height was still unknown. Wow! The World needs more buildings like this, I thought to myself.

If the marvelous design of the building doesn’t wow you, then surely the details will: 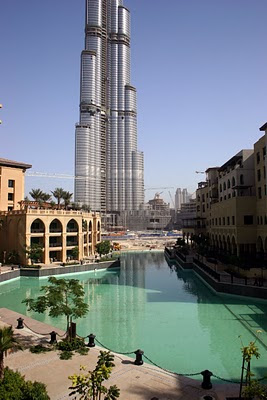 Many great cities around the world are defined by their amazing skylines. Think Chicago, New York, San Francisco, Shanghai, and Hong Kong. Even Sydney and Paris have signature buildings that have given rise to these great places. While there have been a few positive developments, I often wish the citizenry and decision makers in Vancouver were bolder when it comes to taller buildings.

For the foreseeable future nothing will surpass the Burj Dubai, but surely some bold (and ego-driven) architect is drawing up plans in their head for a taller tower.
Posted by Ken Donohue at 8:58 PM No comments: