I left the city behind, and travelled 40 minutes northwest of Taipei, on the MRT train, to Tamsui, which lies next to the river of the same name. Strategically located, both the Spanish and Dutch had their hands on this area. It is here where the river empties into the Taiwan Strait.

From the Tamsui train station, I’d need to take a taxi to my hotel. Anticipating that the driver wouldn’t speak English, and with my Chinese limited to hello and thank you, I wrote the Chinese characters for the hotel’s address on a piece of paper. All I could hear in my mind was my wife saying, “Your printing in English is crappy and illegible, I can only imagine how your Chinese will be.”

After arriving in Tamsui, I ambled over to the taxi stand, and said the English name of my hotel to the first driver. He stared blankly at me. No worries, I thought pulling out the piece of paper in which I wrote the address in Chinese.

“I don’t know what this says,” he said, looking curiously at my scribble.

“It says No. 27 Shalun Road,” I replied earnestly.

He shook his head, no. Now I hear my wife in my mind saying, “told you so!”

I walked down the taxi queue and found a driver that spoke English. I showed him the paper, and he read the English…No. 27 Shalun Road, and relayed that to my driver.

Once at the hotel, I borrowed a bicycle and set off for the Golden Riverside Bicycle Path. It was a three-speed, with an ill-fitting seat and brown basket on the front.  Freed from the burden of time or having to be some place, I hit the path with abandon. I had no destination in mind, just the freedom to go in any direction that pulled me.

The air was hot and heavy with the smell of the sea. It felt like I was riding through a sauna. Most of the path was paved, but I came to a section of boardwalk, making music with the wheels of the bike, as they rolled over the loose boards.

I rode past banana trees, bamboo, and stretches of swampy green mangroves, punctuated by bright purple flowers. Egrets bobbed their heads in the sand, while patient fishers gazed out on to river. With its distinctive red arches, I saw the Guandu Bridge in the distance. On the other side was a small town called Bali. 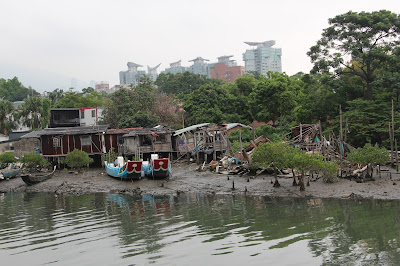 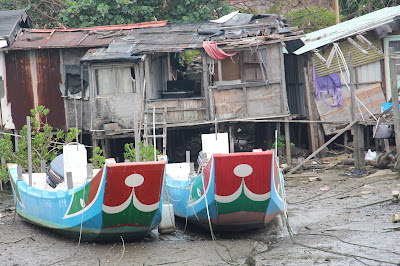 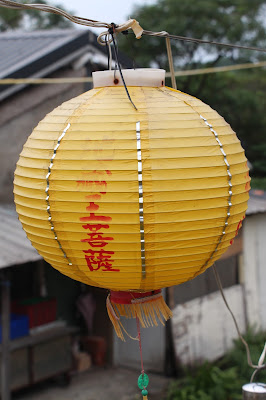 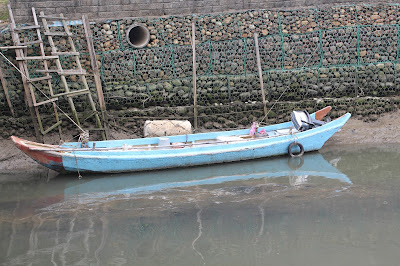 Every once in a while another cyclist or walker would smile and chuckle as they passed me. I wasn’t sure if it was because they don’t see many white guys cruising along the bike path, or because I looked positively hilarious on my bike with a big black helmet stuck to my head. A bit of both, perhaps.

I neared the Guandu Bridge, and the clouds across the river had formed into a dark, menacing scowl. It was as if guardians of the bridge, they were daring me to cross. Would I be met by a fury of rain on the other side, I wondered?  Tempted to turn and run, I thumbed my nose at nature instead and crossed the river. The clouds spat a few drops of rain on me. I sought shelter in a convenience store, sitting on a stool next to the window, and cooled my insides with a Coke. 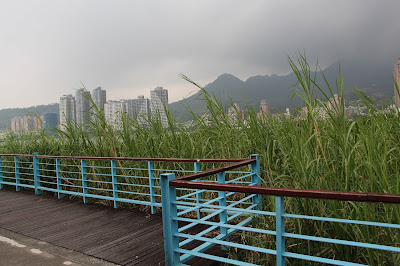 Having ridden for more than 10 kilometres, I decided to return to my hotel. As I got back to the Guandu Bridge, a gloom of low cloud covered my route. Halfway across the bridge, the warm rain lashed against me. The only protection was my helmet. Within minutes my shirt and shorts were soaked. I still had several kilometres to go. There was no place to hide, so I pushed on, my hands wrinkled from the water pouring from the sky. Adventure, by its very nature can be difficult, I thought, as rivulets of water and sweat ran down my face. Sometimes you just have to give yourself to it. 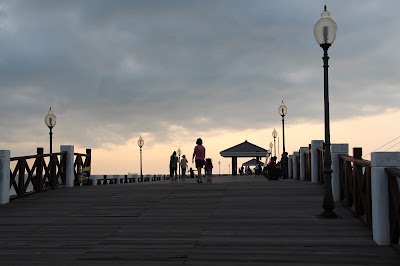 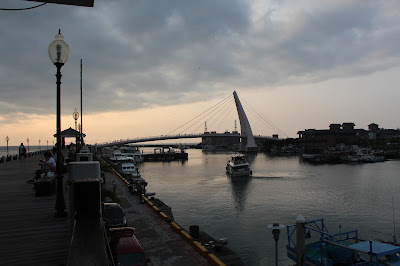 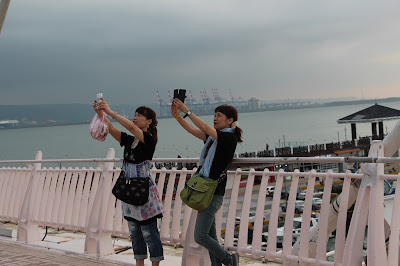 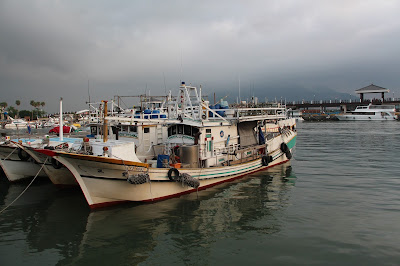 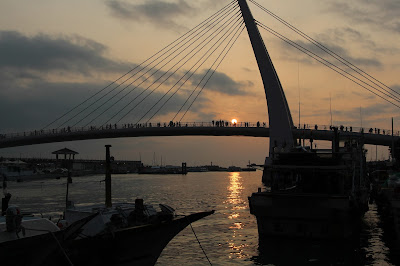 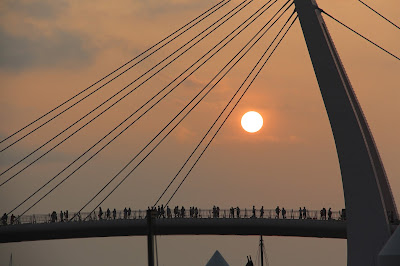 Posted by Ken Donohue at 5:03 AM No comments:

Cuba's a beauty beyond the beach

Oh my, so much time has passed since my last post.

15 years ago, in a galaxy far far away (before kids), my wife and I visited Cuba. We wanted it to be more than just a beach vacation. We wanted to experience as much of the Cuban culture as we could, so we spent five days staying with a family in Havana. It still ranks as one of our fondest vacations.

I wrote about our experience after returning home, but didn't do much with the piece. Fast forward more than a decade and with the U.S. reopening its embassy in Havana, I dusted off the piece and the Vancouver  Sun is publishing the article.

You can read the online version: http://www.vancouversun.com/travel/Cuba+beauty+beyond+beach/11356957/story.html

My wife, Carrie, took the photos that accompany the article. 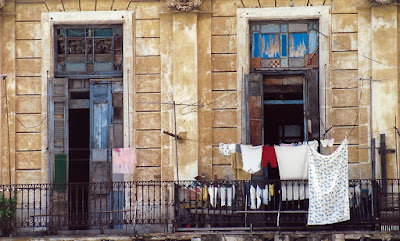 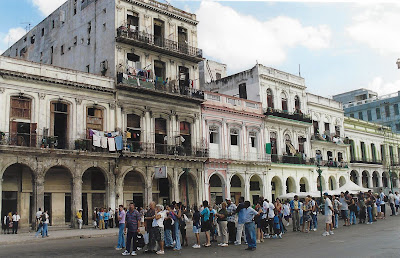 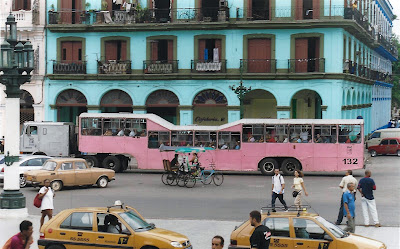 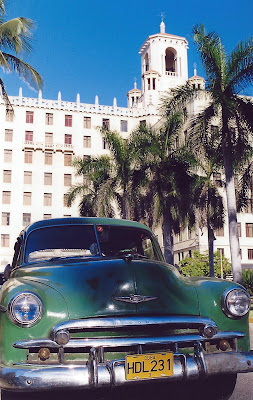 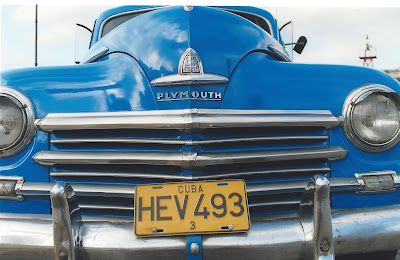 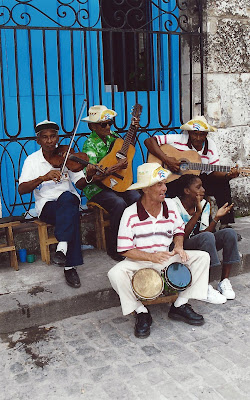 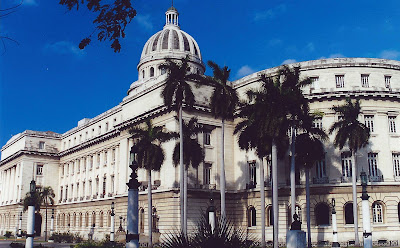