Why do we project biases onto our children?

Do you ever wonder why adults and society in general project certain biases onto children? Okay, maybe you’ve never given it much thought, but every day we project our own preconceptions about things on to our children. Sometimes we don’t even know we’re doing it. Like when we tell our children, “You might not like it, but you can try it.” Why don’t we just let them try something without adding our own biases?


Of course gender biasing is a huge issue and starts the day a child is born. It manifests itself in the colours we associate with girls and boys, and the toys they are supposed to play with. My six-year old son has never really been interested in trucks and diggers and other heavy machinery.  No, he’d much rather spend his days in the library reading books. In fact, he often likes reading about the Disney princess’ and we don’t discourage it. Yet, I’m sure many a parent would dissuade their young sons from reading “girl” books. 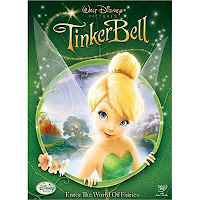 There was a time a few years ago when Jack was into Tinker Bell, so much so that he wanted a Tinker Bell cake for his birthday. When I went to the shop to order the cake, they asked me what name I wanted written on the cake?
“Jack”, I answered.
“And how do you spell that,” she asked.
“J—A—C—K,” I told her, sounding surprised that someone would have to ask how to spell that name.
“Oh, I thought it was for Jacqueline.”
Of course, because why would a boy be interested in cool things like fairies, with magical powers?
Another time, we went to a McDonald’s in Hawaii, when Jack was about three, and he was hoping that the princess tiara would come in his Happy Meal, but it didn’t, because the tiara was a “girl toy”. Why doesn’t McDonald’s just have “toys” with their kids’ meals? Maybe it’s about marketing, but I’m not sure what value there is in having toys for boys and toys for girls, it only magnifies the gender biasing that is already so prevalent in our society.
On our way to the airport the following day, we stopped in at that McDonald’s and got Jack the tiara. He loved it and wore it many times. Some parents would never have let their son where a tiara. Too girly...too sissy...not manly enough...give the kid a truck, they would have said. And while Jack looked a bit goofy wearing the tiara, we didn’t discourage him from his play.
And just a few weeks ago, Jack and I, and Max, my two year-old son, were at the amusement park and we were waiting in line for the big Ferris wheel. The next car to come toward us was a bright pink one. Bubble gum pink. A real vibrant and fun looking colour. Seeing three males standing in front of her, the ride operator asked if we wanted the pink car, or did we want to wait for the blue one that followed. Why should it matter that some boys got the pink car? Would she have said the same thing to a group of girls if the blue car had come in first? Maybe, but not likely. Of course, we’d take the pink car, and I knew exactly what Max would say, so I asked him.
“Pink...like Kylie Minogue.”
Kylie Minogue, is a popular Australian singer, who made an appearance on a Wiggles show that Max likes, and she wears a pink shirt, so Max always associates pink with Kylie Minogue.
The other day, a neighbour looked at Max and said, "Wow, I love your blue eyes...you are so beautiful." Then she quickly apologized for calling a boy beautiful, and then said he looked handsome. Why can't a man be beautiful? In fact, Max's eyes are beautiful.
Of course there are differences between girls and boys, but what are we doing to our children when we narrowly focus their play and imagination with a bias that adults have created?
Posted by Ken Donohue at 9:38 PM 1 comment: