Colours of the World

I like airports. Once...okay, now that I think about it, it was twice --my wife and I needed to use a toilet, and since we were near an airport, we decided to drive there to use the facilities.
But I like airports for more than just their washrooms. There is nothing like the feel of an airport. The excited anticipation felt by those flying to destinations near and far. And equally so, the anticipation of meeting someone at the airport. The opening and closing scenes in the movie, Love Actually, captures the essence of this spirit perfectly.
I love airports with large destination boards that read like pages from an atlas...Tokyo, Hong Kong, Shanghai, London, Paris, Sydney, Istanbul, Cairo, New York, Buenos Aires. Sometimes I'm not familiar with a destination, like when I was in Paris, and I saw a flight leaving for Douala. I later learned that it is in Cameroon, in western Africa.

There is nothing more graceful than watching a Boeing 747 on approach to an airport. Equally impressive is watching the same airplane weighed down with passengers, fuel, and cargo, lumbering down the runway and seemingly thumbing its nose at gravity and climbing into the sky. Or even catching sight of a nimble Boeing 737 that rockets off the runway.

But one of the best things I like about airports is looking at the colourful liveries (that's the paint scheme) from airlines around the world. In fact, once you get to know a few, you'll be able to spot them in the air. While white is a common base colour, each livery is unique.
Many airlines feature birds, symbolizing flight. Included on this list are German carrier, Lufthansa (crane), LOT Polish (crane), and Turkish (wild goose). 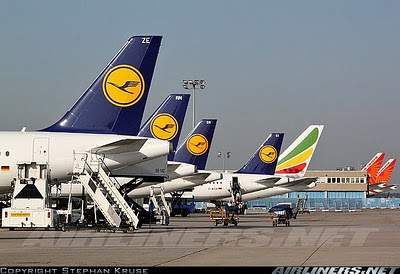 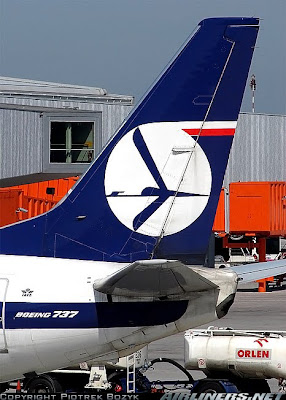 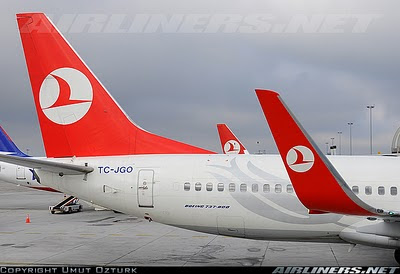 Others are iconic, like QANTAS and Aer Lingus and Swiss -- unmistakable in their origins. 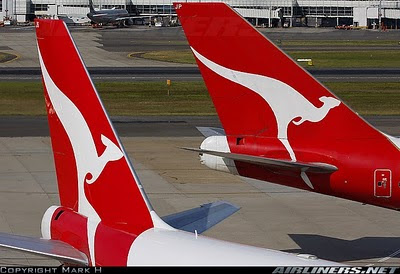 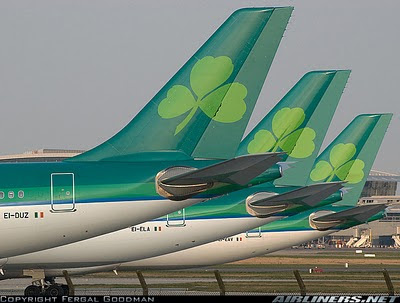 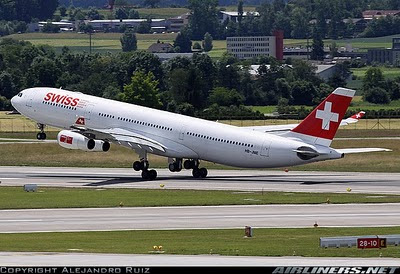 Some, like this UK example proudly display messages of a very personal nature. 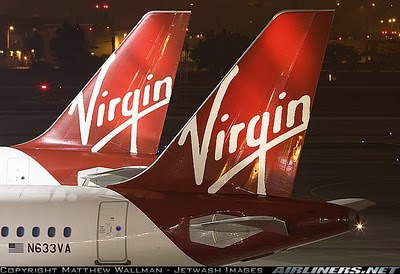 U.S. airline, Frontier is a different kind of animal as can be seen below, with a distinct tail on each of its aircraft. 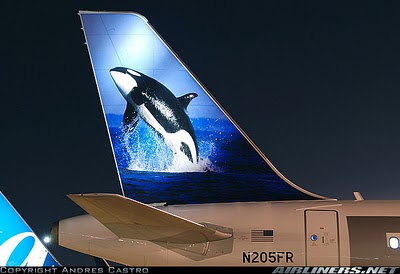 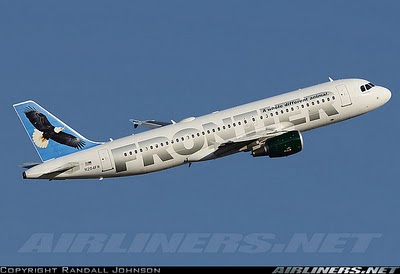 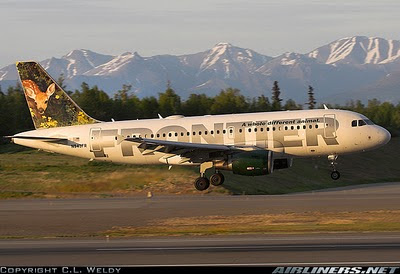 Many airlines display their national colours with a stylized flag on the tail. Examples here include British Airways, Russia's Aeroflot, Emirates, and Pakistan International Airlines. 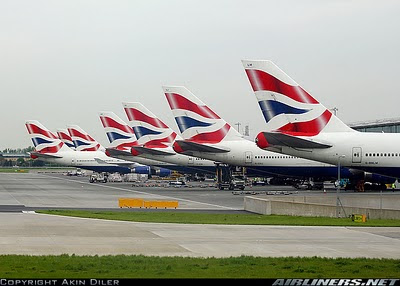 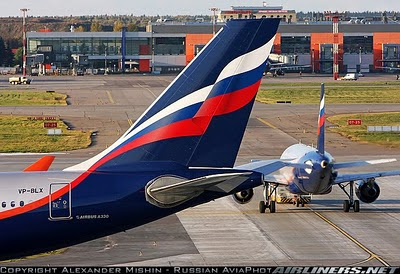 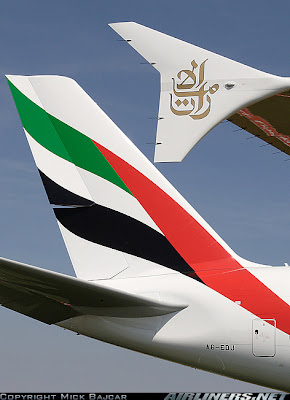 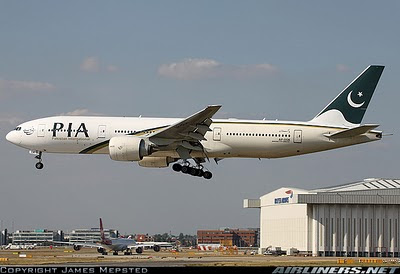 Some Asian airlines like kitchey themes as witnessed by this ANA Boeing 747 from Japan, and Taiwan's, EVA Air's Hello Kitty look. 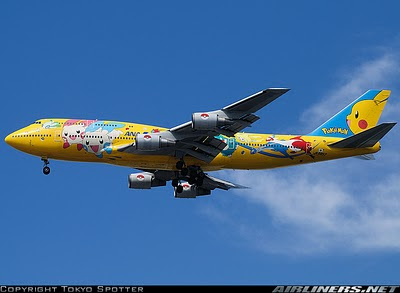 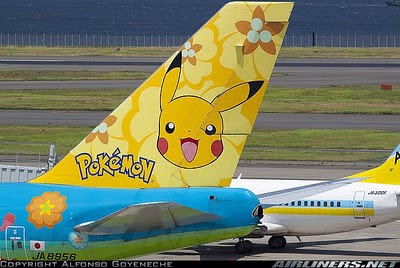 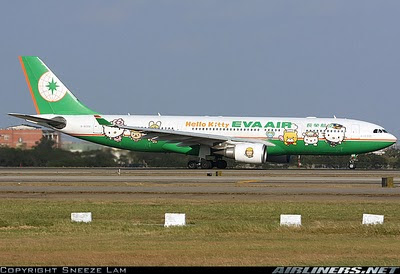 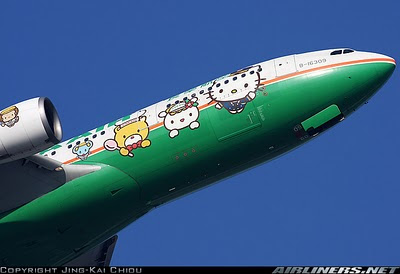 A relatively recent phenomena that seems to be taking off with some airlines, especially the low-cost variety, are the flying "billboards", as seen here with South Africa's Kulula promoting Europcar car rentals, TUI's Volkswagen advertisement, and Ryan Air covered by Hertz. 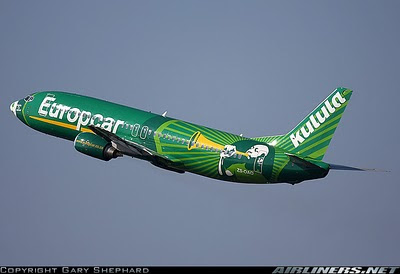 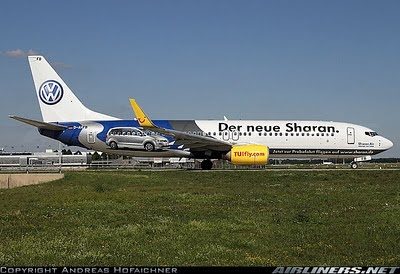 Some choose to advertise special events, such as Etihad's Abu Dhabi Grand Prix scheme, or China Eastern promoting the 2010 World's Fair, or Air Canada's support for the 2010 Winter Olympics. 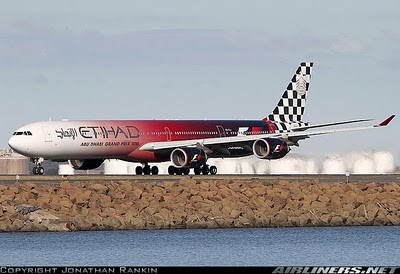 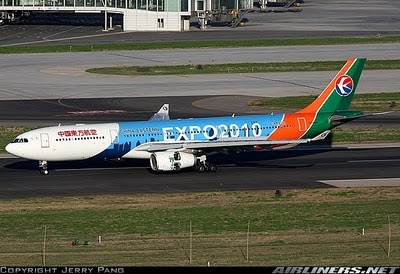 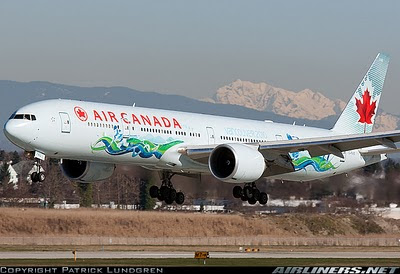 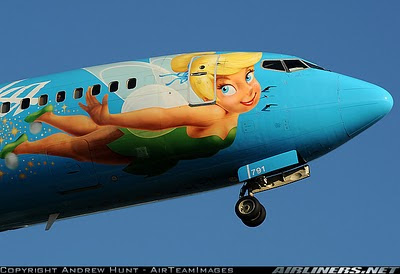 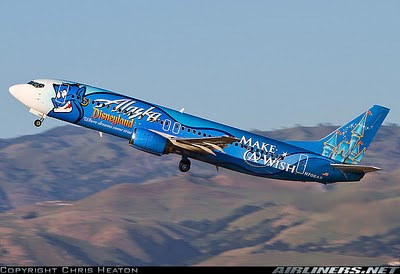 Maybe the next time you're at an airport, you too will marvel at the unique colours of the world's airlines.
Posted by Ken Donohue at 9:51 PM 3 comments:

Lining up for Apples

I’ll confess. I don’t have any Apple products. No iPod. No iPad. No iMac. No iPhone. And I’m okay with that. I have an Mp3 player, and a telephone that lets me send and receive calls. I can even take pictures with it, albeit with crappy resolution. And while I admire the marketing guru’s at Apple for turning a want into a must have, you know that your country has nothing to worry about when hundreds of people line up, some for more than eight hours, just to be the first to purchase the newest iPhone. The unlocked 32G phone sells for $800. In some countries people line up for water. In Jakarta I saw people line up for cooking gas. Here, clean water flows uninterrupted from our taps, so we can line up for expensive gadgets.

Okay, so some people justify the need for an $800 phone (I know it’s more than just a phone), like the woman interviewed in the newspaper, who said the phone (she bought two) will serve as “her all-around communications, social networking, and video device.” Sounds like a line from the Apple marketing machine.

But what’s with lining up overnight for the device? I know it’s not a new phenomena, because when I was younger parents would line up for hours and then beat on each other just to get their kid a cabbage patch doll. And more recently people would line up for hours, because their children just had to have the latest video game system for Christmas. It seems a little odd to me. Does someone really need a phone that bad, or is it more about status and bragging to your friends that you have the latest and greatest? I wonder, because one guy who lined up for a new phone also lined up a few months ago to be one of the first to get his hands on a new iPad, and surely he wasn't the only one. And no doubt when Apple launches a new iPhone in the next couple of years, those same people will be complaining about how terrible their phone is, and they'll camp out overnight, so they can be the first to get a new one. Meanwhile, in another part of the world, someone will line up for hours hoping for some clean drinking water.